Rope: How It Is Actually Made 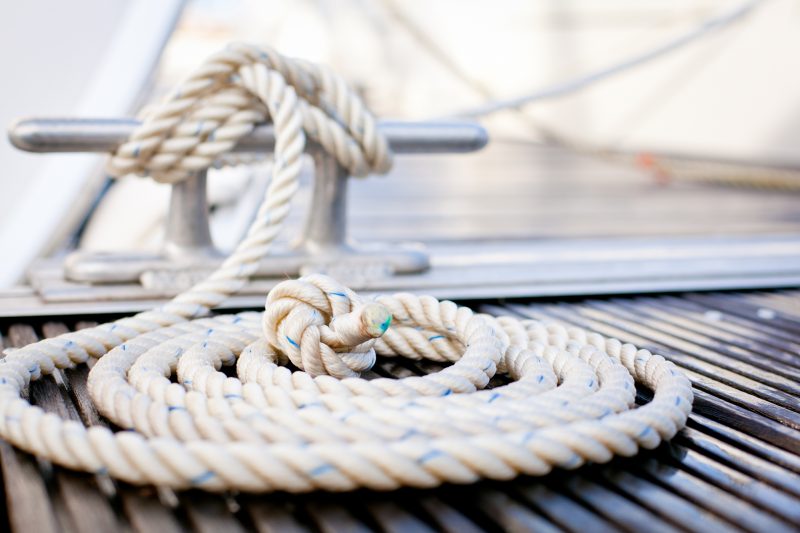 Top Uses of Rope in Yachting

‘Rope’ in yachting does not just mean rope. It is the general term used to mean the actual raw material making ‘lines’ used onboard a sailing yacht. Below are the most common uses of rope in yachting:

Uses of rope in yachting

This refers to the collection of all moveable lines uses to pull up the sails and adjust them.

Halyard: this is the term given to the rope that is used to raise the sails up.

Downhaul: is the term that refers to when the halyard is then used to pull down the sails or pull them out on a boom or mast.

Reefpoint: is used when the rope then ties the sail up and around the boom.

Topping rift: is when the reef point rope then holds the boom right off the deck.

Ropes used for sailing are collectively called “sheets”. Depending on the sail they are controlling, each ‘sheet’ has its own name. For instance, when thinking the mainsail, you will use the ‘mainsheet’. To trim the jib, you adjust the ‘jibsheet’. It becomes the ‘kicker’ or the ‘cunningham’ when it pulls via a little hole at the sails forward corner.

You could tie up your yacht to a pontoon or jetty, in which case the ropes used are called ‘warps’ or ‘docklines’. Each of these will have their own names depending on where on the yacht they are attached to. Such terms as bowline, breastline, sternline, and spring line are then used.

A ‘painter’ is the rope used to attached the bow of a dinghy so as to secure it when your yacht is ashore.

This refers to all the cotton ropes (that is, lines) supporting stationary objects that are onboard your yacht. These ropes will often be made of steel cable and will bear the names ‘stays’ or ‘shrouds’.

‘Forestay’ is the rope running from the mast to your yacht’s bow. ‘Backstays’ are the lines running to the stern.

Only a couple of lines bear the name rope on a yacht. For example, the line used to attach the edge of the sail is called the bolt rope. Could you guess what a ‘bell rope’ is? It’s the rope that’s used to ring the yacht’s bell.

Those are the top uses of rope in yachting. ‘Rope’ is clearly not just a rope in a yacht. There are so many uses for it and as many terms to describe it as in its different uses.

Whether you are docking, or sailing, there are many uses of rope aboard a yacht. Even when ropes are used for stationary objects on board, new words are given. This truly indicates an amazing history and growth of marine terminology used in yachting.